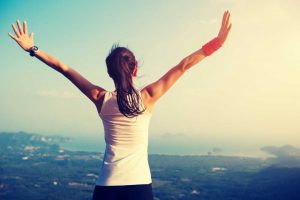 When most people think of Chiropractors, they think of someone who only adjusts your neck and back. While Chiropractors do specialize in treating the neck and back regions, they have been trained to do much more. Our team here at In Motion Chiropractic and Rehabilitation is dedicated to helping you achieve your long-term health and wellness goals by offering you reliable lifestyle advice. If you are not sure if the lifestyle choices you are making are worsening or improving your condition, we are here to help. We address the typical chiropractic issues as well as coach our patients to live a healthier life by looking at the individual as a whole mentally, physically and emotionally.

Treatment is only the beginning to living a healthier, pain-free life. There are many other factors that contribute to how complete your recovery will be. For example, proper nutrition and exercise help promote the body’s natural healing process and is an essential component to your chiropractic care. Living each day with a healthier perspective is easier than you think. We are here coaching and cheering you on the whole way!

If you need to find the motivation to eat better, exercise more, drink less caffeine, or make any number of the positive lifestyle changes you’ve been telling yourself you want to make – we have you covered. We know people try, and often times fail, so we are happy to provide the backbone and support that you need during your period of growth.

Making a lifestyle change is challenging, especially when you want to transform many things at once. For continuity and adhesion, think of it not as a resolution but as an evolution.

Lifestyle changes are a process that takes time and requires support. Once you’re ready to make a change, Dr.T and our staff are here to guide you through the process. We do the research and make a plan that will prepare you for success. Our planning and execution process includes setting small goals and taking things one step at a time. We know how difficult making changes can be, lifestyle coaching and advice could be the missing link to your success. Don’t hesitate to ask about your programs today!

Our goal here at In Motion Chiropractic and Rehabilitation is to help improve your total health and wellness by including lifestyle advice with your chiropractic care plan. Call our Oviedo injury and wellness center at (407) 603-6454 to start on your journey towards a healthier you.

For more information or to schedule an appointment click one of the following below.
Request An Appointment
Call Us Today!

How is lifestyle advice going to help me to be pain free?

Mindset. Our thoughts are very powerful, the evidence of this can be seen in the documentation and research done on the placebo effect. For those of us that are not familiar, we will briefly explain. For this example, picture three groups of people participating in a study on the effects of caffeine. Group A is a control group, they are given a pill and told it contains nothing. Group B is given 150mg of caffeine. Group C is given the same pill as group A, but they are told it contains 250mg of caffeine. The study concluded the following:

Group A: No reported change.

Group B: Reported an increase in energy and alertness.

How is this possible? Because your mind is so strong that it is literally capable of governing your physical response to things. Lifestyle advice is designed to strengthen your approach to difficult situations, emotional capacity, and fortify your physical efforts.

Scientifically speaking, how does mindset help?

Often, the RAS is compared to a filter or a nightclub bouncer that works for your brain. It makes sure your brain doesn’t have to deal with more information than it can handle. Thus, the reticular activating system plays a big role in the sensory information you perceive daily.

We touch on the RAS’s ability to process not only sensory information but also to differentiate what information gets processed, and its ability to control our deeper emotional biases and fight or flight responses. Training our RAS is the scientific side of mindset, so it’s not just about “thinking positive” – it’s about training the RAS and tempering the mind.

IN MOTION CHIROPRACTIC AND REHABILITATION